Power analysis is conducted for the model below: 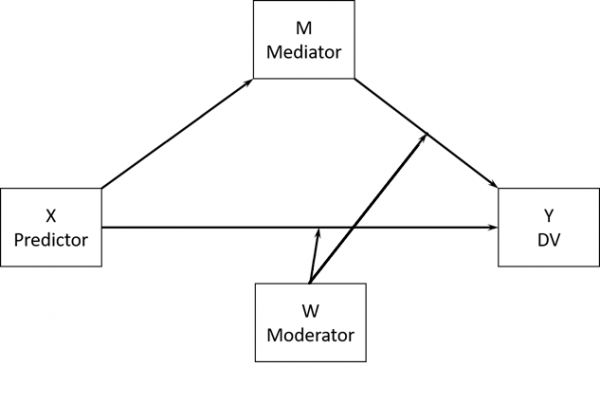 A variable’s effect on another is moderated if its size depends on a third variable—a moderator. W is the moderator in the model. The conditional indirect process model:

In the power analysis, we use Monte Carlo simulation by assuming all variables are normally distributed. We require the input of the correlations between X,W,M,XW,MW,Y. Based on the correlation matrix, $R$ sets of data are randomly generated from a multivariate normal distribution. For each set of data, least squares regression is used to get the parameter estimates and the associated test of significance.

We developed a web app based on modmed15 function in the pwr2ppl package. The input of the web app include the following: